CBD For Energy: How Does It Work? 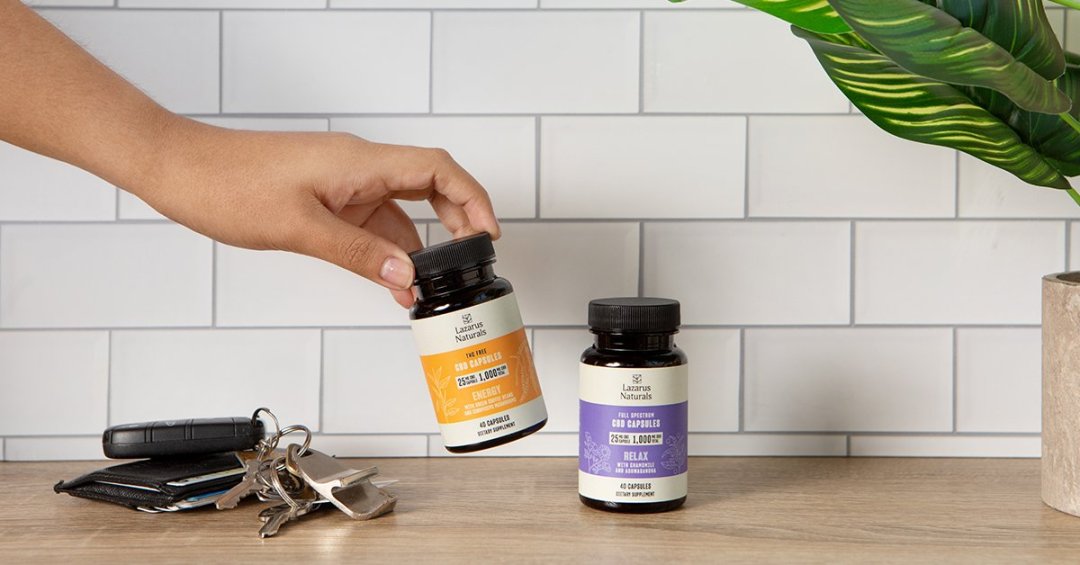 Waking up before sunrise to start a fire that will cook dinner that evening is no small task.

Chef Wolfgang Shmuck would know. For the last few years, the New York native has sacrificed many a good night’s rest by waking up at 2 AM to cook the perfect cut of meat—a process that can take around 12 hours to complete.

And his secret to staying awake and maintaining energy throughout the day? CBD.

Specializing in Central Texas barbecue, Wolfgang has grilled the full gamut of meats—from beef brisket and pork spare ribs, to turkey breast and chicken. He also incorporates vegetarian ingredients (fruits, tofu, and veggies, of course) into his BBQ dishes.

“I’m of the opinion that you can smoke almost anything that you would make in an oven, and make it taste even better with the woodfire,” he says. Instead of cooking on a typical barbecue grill, Wolfgang prefers using a more “primitive vessel” known as an offset smoker. Fueled by wood splits that he chops himself, each fire is started from scratch and closely monitored throughout the cooking process.  Wolfgang checks the chamber temperatures multiple times per hour and is vigilant about making sure the fire stays clean and doesn’t begin to smolder.

Since the age of 9 the culinary world has captivated Wolfgang. But though he’s worked in various professional kitchens and private homes as a chef, cooking with an offset smoker was something he had to learn on his own.

“Very little culinary knowledge crosses over into the barbecue world in my opinion, and so I truly had to teach myself from the ground up,” he explains. “Countless books, videos, forums, and of course outright practice got me to a point where I felt comfortable enough to begin serving others and to eventually begin selling.”

His dedication has paid off. In just two years, Wolfgang amassed nearly 10,000 Instagram followers, became a partner of Char-Griller (one of the leading gas and charcoal grill companies), and developed numerous new cooking techniques and recipes that combine his love of science with food.

But he wouldn’t have been able to get where he is today without some extra help. To keep him going through his long and arduous grill days, Wolfgang uses CBD Energy Capsules as a safe and natural stimulant that helps to provide his body a vital energy boost.

“CBD Energy Capsules have consistently been the cleanest, most reliable form of long-lasting energy for me, with zero side effects,” he says. “The fact that I can easily transport them and take them quickly is also a huge plus.”

How CBD Can Affect Your Body’s Energy

A chemical found in hemp that accounts for up to 40% of the plant's extract, CBD is unique unto itself. Unlike tetrahydrocannabinol (or THC), it is non-intoxicating and has its own way of interacting with the brain and cognition.

Though best-known for its ability to help promote a healthy response to stress and pain management, as well as encouraging better rest, CBD also shows promise in supporting mental alertness and motivation. When learning new techniques for how to keep stress under control, CBD may help to ease the mind and calm nerves, further allowing you to regain focus and mental clarity.

CBD may act as a natural stimulant—triggering serotonin receptors in the brain whose sole purpose is to regulate our moods and our energy levels.¹ In studies conducted on both humans and rats, CBD has demonstrated an ability to help patients fight fatigue and the urge to fall asleep.² Consuming the proper CBD serving size also fires up the metabolism by inducing the process of digestion, which can help a person feel more alert and attentive.³

The ability of CBD to positively affect bodily maladies plays a role in its efficacy as an energy supplement. For example, if taken before bedtime, CBD may help you fall asleep faster and stay asleep for longer—which presents your body with the time it needs to rest and replenish energy resources for the next day. In this way, CBD may help improve issues that (if left untreated) could eventually drain you of energy—so you feel fatigued.⁴ CBD wasn’t the first energy hack Wolfgang tried to stay alert during his 12-hour grilling days. He also tested conventional stimulating agents—such as coffee, espresso, teas, and energy drinks. While some of them worked better than others, none were the miracle solution he was searching for.

After researching natural and safe-to-use energy hacks, Wolfgang grew interested in CBD products. But though it repeatedly popped up in his search results, he was hesitant to try it at first.

He didn’t understand how CBD was different from THC, and he certainly did not want to experience any intoxicating effects (such as feeling “high”) or other potential interactions while he was barbecuing.

“I was extremely skeptical of CBD,” he says. “I didn’t understand what CBD was, or how it could benefit me day to day. I was kind of convinced it was a gimmick.”

But as his search resumed for natural ingredients that would help give him the energy boost he wanted, CBD continued showing up in nearly all of the forums he read. Wolfgang’s mind then began to change.

“I realized I had zero reason to be making that assumption—and that’s when the first order was made.”

It’s a decision he’s forever grateful he made.

CBD Energy Capsules help deliver balanced energy and sustain focus throughout the whole day, and don’t bring on any nasty side effects—like the jitters or anxiety. In fact, so mild and pleasant are the effects, Wolfgang often forgets he has taken a CBD capsule in the first place!

“They were so passive, yet effective, that I only noticed they were working once I paused taking them,” he says.

How To Start Using CBD For Energy

When using a CBD product as a potential an energy hack, it’s important to remember that it’s nothing like drinking a cup of coffee or chugging energy drinks. The “boost” that CBD provides isn’t instant or necessarily tangible—and won’t leave you feeling hyper or “pumped up.”

As an all-natural stimulant, CBD may offer a slower and more sustained release of energy throughout the body. Compared to caffeine, it has been described as feeling lighter and a bit milder, despite being no less effective.

Although everyone’s body reacts differently, Wolfgang has found taking two 25mg CBD Energy Capsules each morning is the perfect CBD serving to fuel him for an entire day. Within roughly 15 to 20 minutes of consuming them, he says he starts feeling “a bit more perky.”

Unsurprisingly, CBD is no longer just a special tool that Wolfgang uses to stay awake during his long days grilling. With its lack of side effects as well as proven ability to boost energy, CBD has become a pillar in his daily routine—fueling him through all he does ever since: be it cooking, working out at the gym, hunting, or simply enjoying life.

Looking for ways to wind down after a long day? We’ve got you covered in this department as well! Just as CBD can help lend a hand when you’re running low on fuel, many people look to CBD oil for sleep support when it’s time to get some rest. At Lazarus Naturals, we are here to help you start your day feeling energized and end your day feeling relaxed!